The code the ODBC extension is based on was cloning Rebol2's model of thinking of the database services as being a PORT!. You would run queries by INSERT-ing SQL into the port, and then COPY the port to get a BLOCK! of results back. For anyone unfamiliar:

When you passed a BLOCK! as the thing to INSERT to the port, that block would have a string in the first position...this was the SQL. But if that SQL had ? characters in it (that weren't part of a string literal), then those represented substitution slots. The block then was supposed to have as many additional values in it as ?... and these Rebol values would be filled in as parameters.

This approach is fundamental to how ODBC works (the ? syntax is an ODBC standard). It means that you don't have to turn every value you have into a string to insert it. It saves you from worrying about how to escape those string values, may be more efficient (for some types), and protects against SQL Injection Attacks.

We Can Do Better, and I've Made a Start At It

The idea I had was:

The first two points will be familiar to anyone who has used PRINT. But the third point means substitutions would be easier to see at the point they are intended to be:

The nice things the @ values bring into the mix is that since they do not reduce, you can distinguish them from basic code you're using to try and form the SQL expression from sanitized variables...while still using both.

Not only do you see several Ren-C-specific tech points making this work, you can also specialize it to make it nicer. I picked a clunky name precisely because I don't know how the PORT! interface should work, but just do this:

Someday soon that should be able to be sql: (=> odbc-execute statement) as point-free specialization. But maybe it should be sql/execute and that's clearer. Who knows.

As a best practices question, one might wonder if it shouldn't be easier to splice unsanitized variables into the SQL than to splice sanitized ones. You might flip it so that WORD! means parameter, and SYM-WORD! means unsafe use...or get even more strict and suggest anyone wanting to put in string components has to do it with an explicit COMPOSE before ODBC-EXECUTE is called.

I feel that's a bit overkill and would frustrate those doing casual hacking on their databases. But the great thing is that if we just build this as a tool on top of a fundamental ODBC operation then people with different opinions can be more aggressive in their versions of the dialect. It's not a big deal if the dialect is easy to make. ミ★

Huge thumbs up. I personally did not like the ? ? ? parameter juggling throughout that dialect-- it made code difficult to read. In the 90's I liked ColdFusion's quick/legible approach, which isn't too far I think from the improvement here. (For the youngsters, ColdFusion is/was a templating system using a markup language, i.e., a dialect). At the time CF was criticized for not being a real programming language, but their approach was very easy to understand compared to CGI and quite acceptable performance-wise. It was commercially successful. Some examples: 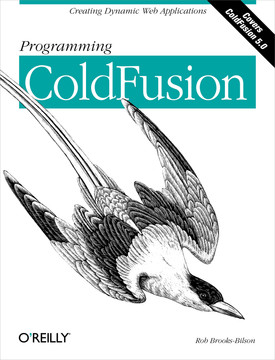 Grouping Output The CFOUTPUT tag has an attribute called GROUP that lets you to group output from your record sets before displaying it to the browser. There are two ways … - Selection from Programming ColdFusion [Book]

Graham's PatientDB project uses a fair amount of SQL, and he decided he wanted to use this dialect feature.

It had atrophied and was using ^META for variable solutions instead of the @VAR types, so I changed that back. But then I went and changed it so that plain WORD! and GROUP! were treated as SQL syntax.

So if you write:

The string you get is:

Most obvious problem: Not all SQL is LOAD-able

Some table names have $ signs in them (for instance). There are syntaxes for types that involve a WORD! followed by a GROUP! with no space between, like VARCHAR(255).

We're in this unhappy situation of being able to LOAD most of SQL, but missing just enough such that you have to fall back on joining together a SQL string from parts every 5th query you do.

I did not know this--but you can't use the ? substitution technique on table names:

So that puts you back in the situation of having a name in a variable that you know is supposed to be a table name, but if spliced might be interpreted as SQL code...leading to bugs or a way to do an injection attack.

To deal with this I made it so that ^META values have a purpose in splicing string content into the query. So you can say SELECT * FROM ^table-name. But if table-name turned out to be "patients; DROP TABLE patients" you could lose a table...so this needs to be used with care when the strings are coming from random places.

Strings Are Conflicted In Purpose

On the one hand, SQL needs string literals. On the other hand, we need a way to represent patterns that aren't LOAD-able. So which of these two purposes do we apply strings for?

It's annoying to have to write:

But if we render "ASPIRIN" as "ASPIRIN" in the SQL statement--with the quotes--how do you get things like VARCHAR(20), without the quotes?

We could pick another string type for SQL code splices, like TAG! for instance.

We can't use TUPLE! because table.field is a syntax that actually gets used, so we can't moosh together VARCHAR.(128) as VARCHAR(128). Maybe we could, but just in the cases of a GROUP! on the right?

This really does make me struggle with whether to say we need the "pack! proposal". But that's still not going to get us there.

No matter what, we won't get 100% SQL compatibility unless we use strings. We might be able to cook up some kind of interpolation, but that runs up against the problem of needing to be able to fully and correctly parse SQL in order to be sure that the escaping isn't done in places it shouldn't...a tougher task.

I've mentioned that if we're going to have some kind of SQL dialect thing, we should make it all consistent.

But here we've got a situation where we are blindly passing through strings. We don't know what's a keyword and what isn't. So we couldn't enforce a rule like saying "field names must be QUOTED!" if we wanted to.

...but at least we have COMMA!. The comma data type has really been a winner, and I can't think of anytime I've felt a regret about its addition.

Ultimately, The Good And The Bad

The GOOD is just how easy it is to make such a dialect.

The BAD is that the devil is in the details. When you can't use the dialect you're back to using strings or some method of putting strings into the code. And SQL already has a need for the behavior of TEXT! strings.

All this is just real-world examination of why the ideals of Rebol don't play out so well in a world where Rebol doesn't control everything.

Text files are too saturated to be able to represent such composite interests; a graph structure and editor are needed to really pull off this kind of language intermingling.

If you see a set word in the dialect it's to be turned into a group.

I don't think it's too bad to use quotes for table names:

The SET-WORD! idea doesn't look too bad...but it does point to the slippery slope of making you rewrite your SQL that we embark upon.

I don't think it's too bad to use quotes for table names:

The problem being that we don't want those quotes to make it into the SQL or it would complain about there being an invalid string in the spot (I think).

And we would need to come up with a way of representing strings. The only choices that make sense to me are:

If we go with the first way (which I think we should), I suggested we might go with TAG! to splice in arbitrary SQL, e.g. a table name that we can't handle:

We're in this unhappy situation of being able to LOAD most of SQL, but missing just enough such that you have to fall back on joining together a SQL string from parts every 5th query you do.

Most databases don't conform strictly to ANSI SQL, so I doubt we'd ever be able to safely LOAD non-trivial SQL in Ren-C. At least not SQL supported across the spectrum of dbms platforms (cloud/document dbs drift away considerably from the standards).

A very basic example is a database like SQL Server or PostgreSQL only permitting strings in the following format:

While many others permit either:

And this is just trivial SQL. Almost every platform permits custom functions and code which isn't supported on other platforms.