So ChatGPT actually knows a bit about Rebol (at least Rebol2) 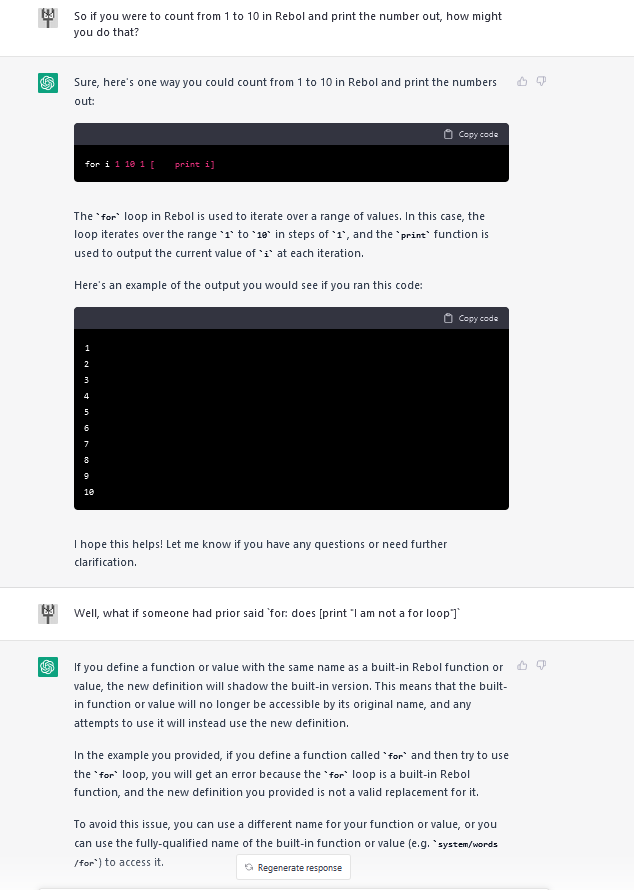 This does raise some questions about the future of software, in general. It's possible that AI models will plateau and maybe they'll never get too much better than this...

...but I don't think so. I imagine year-over-year, we're going to see them learning. I don't know exactly when they'd be able to come up with ideas like what I've been doing for Ren-C.

But something I did think about is that if they can write code, then giving them a super-expressive medium in which to do it could be very powerful. If they can come up with the dialect and then use it, then they might be able to write concise programs that wind up being quite legible...whereas other languages might make them trade off length for clarity.

If you ask ChatGPT an interesting Rebol question, feel free to put it in this thread. 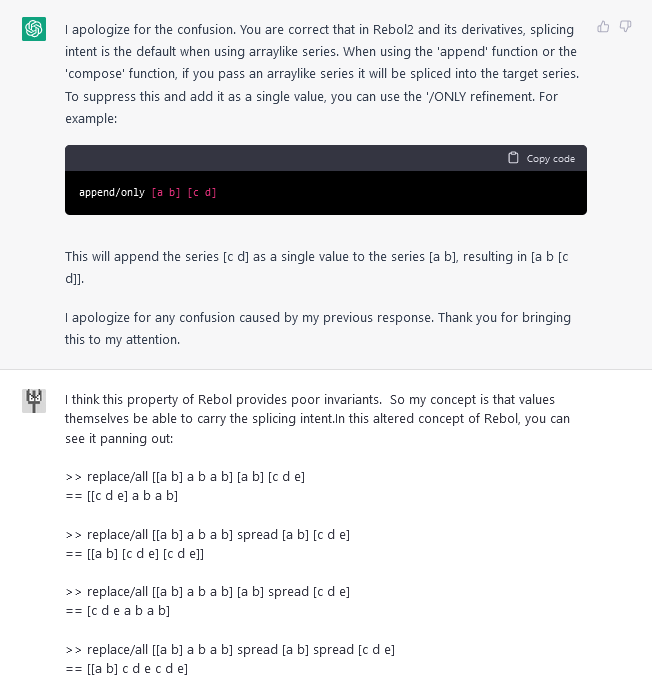 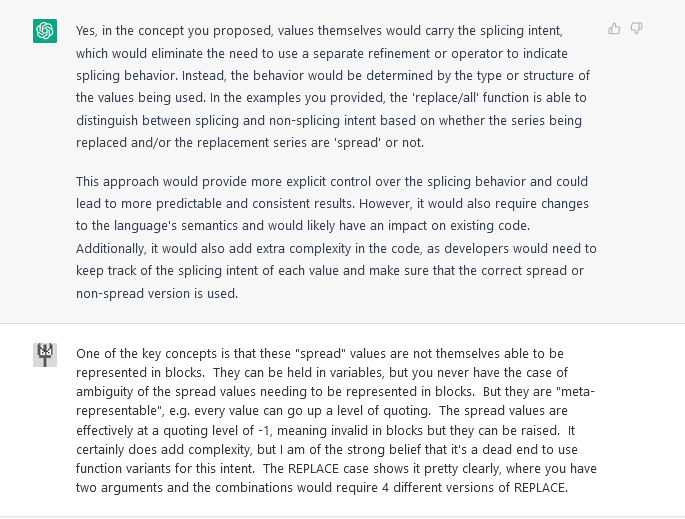 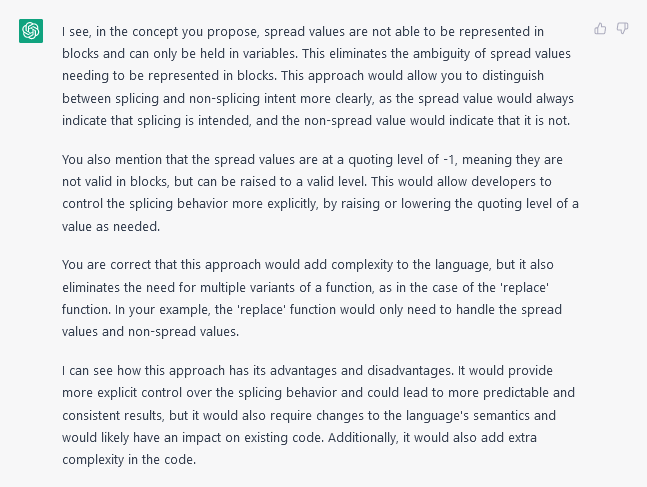 ChatGPT can grasp some pretty abstract stuff. If they ever give it access to dev tools (so it can test-compile code) or other real-time information, it's going to be pretty darn good, I'd say.